Ten years ago I sat in a room with with five other teachers as we prepared to launch our Freshman Academy. It was my fourth year of teaching so I knew how to start a school year, but I also knew enough to be nervous on the day before kids arrived. But this was a completely different kind of nervous.

We had no idea what we were doing. We all had our content area down, but for the “Transitions” class itself there was no curriculum. We had big plans for how we were going to ease the transition for our 8th graders to make the move to our side of the building and enter high school.  We knew they needed support. Our principal at the time recognized that freshmen could benefit from the same sort of team approach that had been successful at the middle school level. But as far as day-to-day plans? We were literally making it up as we went along. Planning a week at a time in our lunchtime team meetings. And two days later, I’d walk down the hallway to see one of our English teachers and ask, “What are we doing today?”

It’s kinda funny in retrospect, but, damn. That’s a bad way to fly. But, we’re pros, we figured it out. Most of those kids did OK. I see many of them on Facebook. They have jobs and families and lives and everything.  The next year we used a canned freshman curriculum and it turns out that we had a pretty good handle on the kind of support we should be giving 9th graders – study skills, homework help sessions, financial literacy, motivation, a consistent team of teachers. It all worked out.

That incarnation of the Freshman Academy is history, although the concept still exists as a way to provide support for our most at-risk students. Despite the changes, the nature of a 6-12 building has built-in advantages. The transition from 8th grade to high school is eased a bit because newly minted freshmen don’t have to go far to track down their favorite teachers from years gone by. My Tech Team lead Chevin Stone paints a beautiful picture here. Au revoir but not adieu….

You know what 15 year-olds (and 16-year-olds, and 17-year-olds, and…) are really bad at? The transition from lunch to hallway to class. I get that the cafeteria noise level is roughly equivalent to a jet taking off at O’Hare. High school hallways are loud just in general. But why does it take 5 minutes to get settled in to a class and get started?

I’m making a transition too. Friday was my last day. I spent an afternoon packing 13 years of teacher stuff, some of which had traveled 1800 miles in the deal, loaded up my car, and said my goodbyes. It was hard, man. You know what Nelson Algren said about Chicago, right?

“Once you’ve become a part of this particular patch, you’ll never love another. Like loving a woman with a broken nose, you may well find lovelier lovelies, but never a lovely so real.”

I’m terrible at tearful goodbyes, but we all got plenty of practice this week.

I wasn’t looking to make a move. I’ve said for years the School City of Hammond is pretty much the family business. But an opportunity kind of fell in my lap, the kind it’s worth picking up the phone and asking the question. I’m going to a new district, to help with a relaunch of Project Lead The Way. Math too. Going to teach where I live. Literally could ride my bike to work in less time than it took to drive to my old job. Different clientele, both kids and adults. Four Star school. Green leafy suburb.

I’m an urban teacher, but as I said in the interview, “this is how I teach, doesn’t matter if it’s Hammond or here or on the moon.” I wish I could tell you that “how I teach” carried with it great results. That all my algebra 1 repeat students suddenly fell in love with math and school and passed the ECA and my class and my world was filled rainbows and unicorns.

Well, maybe except for the rainbow part:

It’s awful dusty in here all of a sudden. I told those guys pretty much daily that I love them. They were killing me, but I loved them. Not sure how many of them believed it. But: it’s true.

Got a nice sendoff from my teacher friends as well. It was a little like having a funeral while still alive to appreciate everyone. I’m leaving behind an incredible group of smart, tough, hard-working, fun-loving teachers, administrators, and staff. Our students are lucky to have them. When they talk, I listen. One thing I noticed though: Nobody told me “good luck”. They all said it was a perfect fit for me, they’d miss me, but that I was ready for what’s next.

And as tough as I am on myself, you know what? They’re right.

Sunday morning. Sitting on my patio before Mass, writing, thinking, soaking up the onset of a glorious day. The 70 degree and sunny and carefree kind. Much different than last weekend’s conditions.

Last Sunday I was up before the sun as Mrs. Dull and I celebrated our wedding anniversary by running the Michigan Shores Mini in New Buffalo. The start/finish line is just a short walk away from the end of the breakwall where we were engaged.

Morning broke 38F and windy. Not bad running weather, all things considered. Terrible “standing in the start corral freezing your ass off” weather. Awesome “go back to sleep and wait for breakfast to be served” weather.

So warm under the covers. A lengthy list of pre-race prep. How to balance the two?

I found myself mentally calculating the time it would take to get dressed, eat my pre-race meal, walk from our inn to the beach, pick up my race bib, get stretched, and get mentally ready for the race, all without being rushed but with minimal time spent trying to think warm thoughts while shivering against the wind off the lake.

As I told Mrs. Dull: searching for the Sweet Spot.

The race went fine. It was a small local race, the scenery was fantastic, support on the course where needed, and since we left all the fast people back home in our active little town, we both scored age group medals. Happy Anniversary to us.

Afterwards, sharing coffee (Cath ran the 5k, so she was finished well before me and picked up a cup at the deli up the street), she found a spot behind the picnic shelter: in the sun, out of the wind. Sweet Spot.

Married for 23 years. Teaching for 13. I feel right now like I’m in my absolute prime. These days everything coming my way is a belt-high fastball.

In marriage, I have come to learn that I don’t know every damn thing. I’ve embraced the motto: Teamwork make the dream work. We know how to navigate the daily ups and downs, together. In the classroom, I’m still young enough to have the energy, been burned enough times to know what doesn’t work, and have fallen in with a killer online PLN that is a source of support and vast amounts of teaching knowledge.

Also, I’m killing a lot of stress by planning and tackling projects by due date. Focusing on the next thing up. It’s kind of old-school, but it worked for Dwight Eisenhower:

Just in general, I’m at peace with a lot of things right now.

As the school year comes to a close, I find myself feeling I’m right where I’m supposed to be. Sure, there’s always more work to do, activities I wish we could have tried, tweaks to lessons. That’s just being a reflective teacher. But come Friday, I’m going to lock the door, turn in my gradebook and keys, and walk off into the sunset.

There’s work to be done before August 15. And time for rest and travel. Summer.

I’m three weeks away from completing 11 years at my current school. Thirteen years of teaching overall. The very definition of “mid-career”.

And I’ve been spending some time pondering the journey. The changes I see around me, and in myself. Every year, at our first faculty meeting (the day before we welcome students), I do a quick head count of teachers who were in the room that year I started at Gavit. This year the number was 23, out of about 100 I started with. Many of those positions have turned over multiple times. The folks that are left? It’s a really good core group of dedicated teachers.

As folks celebrate Teacher Appreciation Week, I think about one of the changes I’m most pleased with. That thing about the toxic teacher lounge? It’s true.

Many years ago, when I was still struggling to figure out a lot of things, and had a much shorter fuse, I ate lunch in my classroom every day. For like two years straight. My  classes were making me miserable, and I needed answers, not a bitch-fest. 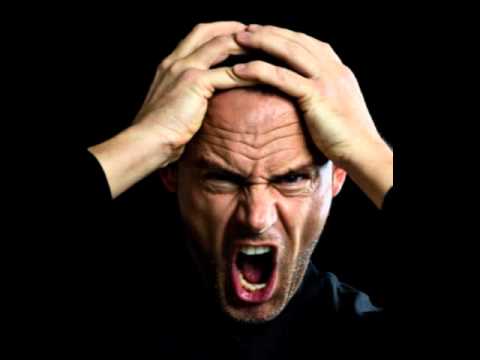 One year, I made an intentional decision. I stopped being an anti-social jerk. I committed to eating with my Freshman Academy teammates, in the lunch room, every day.

The faces have changed, but my lunch table crew is the highlight of my day, every day. Most of the ladies I share 25 minutes of stories, smiles, and an occasional bite of food with are members of our PBIS Committee. But really, they are Just Good People.

Our administration is working on building a culture of positivity in the building. We’ve got 100% buy-in around my lunch table. It means a lot. We’re not Pollyanna-ish about it though. To work in our building, you gotta have sharp elbows and a tough shell. A penchant for dark humor doesn’t hurt either.

A few years ago I was assigned my first hard-core repeat class mid-year. I’d always had classes for math-challenged students, but this group took the concept to a whole different level. I shared my tale of woe around the lunch table. After seeing my roster, they knew. They shook their heads in a quiet show of sympathy, and solidarity. Then: One of our social studies teachers deadpanned, “Did you buy beer?”

Those are the teachers I appreciate.